My Friends,
A few years back I took a political science course which related to how power and influence are wielded and consolidated in Canadian politics.  And though it dealt specifically with Canada, the lessons of the course had universal implications.
To add a practical aspect to the course, the professor decided he wanted the class to choose a representative (I put up my hand and was picked) who would act as the student voice and help to organize agitation for change we wanted to see in the course.  Basically he gave us carte blanche to organize and demonstrate so we could make changes to the marking scheme of assignments, the weighting of assignments, due dates, etc…  It turned out disastrous; people were not simply apathetic but generally scared to be involved in walkouts or any other disruption which their parents might disapprove of, even though the professor had said that’s what he wanted from us.   I’ll take blame for failing to inspire them where blame is due, but I think their lack of enthusiasm was a product of something more fundamental than a lack of charisma on my part.
However, the result of this experiment is not what I want to talk about today.  Rather I wish to segue into the matter at hand by recalling an important lesson I learned in my first couple of days as class rep.  Basically, I had worked with the sub-representatives and had gotten a survey of what the class of 150+ students wanted to see regarding change to the curriculum.  I made a list of our modest demands and when I went to ascend the dais to communicate these ideas, the professor refused to let me have the floor.  He explained that I was not the legitimate, duly-elected leader of the class because I had simply put my hand up when no one else had.  For him to recognize us we would have to have a formal election.
This fuckery put us behind two weeks because I had to go about organizing an election and urging my peers to nominate/self-nominate.  In the end, the consensus was that I should have the job because I was the only one who showed interest.  So there I was, representative-acclaimed, still at square one with 14 days less to work with in the semester.
This taught me that perceived legitimacy imparts great power to a group.  It may not seem that profound, but keep this in mind next time you read the newspaper.  There are sound-bites and quotations aplenty in any news publication from individuals representing one interest trying to discredit, decry and deligitimize representatives from other interests, or other interests as a whole.
A recent news item which conceived the kernel which became the idea which became this post is Public Safety Minister, Vic Toews’ condemnation of the hackers from Anonymous making public all of his personal information in response to his proposed internet-privacy infringing legislation, Bill C-130.  Of the hackers from Anonymous, Toews said:

Do you see what he did there?  He called into question the membership status of individuals belonging to a group with no membership requirements, save for self-identification as a member. “But in the bullshit department … a businessman can’t hold a candle to VIC TOEWS.  Cause I gotta tell ya the truth folks … when it comes to bullshit, big-time, major-league bullshit, you have to stand in awe … in awe … of the all-time champion of false promises and exaggerated claims, VIC TOEWS”
-George Carlin … though he might have been talking about something else

Ironically, he gives an amorphous and loosely-associated group like Anonymous a certain credibility by virtue of tangibility: By recognizing that there might be some kind of membership process by which the hackers interfering with his privacy have not yet gone through, he is imparting recognition to the group.  Still, this inadvertent nod to the group should not detract from his aim, which was to attack the credibility of the group’s individual members.
Another example of this kind of marginalization would be when the British government withdrew Special Category Status from IRA prisoners in the 1970s and mandated that they would have to wear normal prison uniforms instead of their IRA uniforms.  The Brits were looking to take them down a peg from “political prisoner” to “ordinary criminal,” which is basically like spitting on them and their cause.  Obviously, the IRA prisoners didn’t stand for it, but that’s a different story.
While this calling into question of membership status and group structure is an effective means of delegitimizing an opponent, I feel the most oft-used (and often readily believed) method is to remove a group’s ownership of a cause, or simply to blame foreign interlopers.  Let’s go back to the early 1960s when the Portuguese were fighting to maintain control of their African colonies, primarily Angola.  The Salazar government maintained throughout the conflict that the Angolans were happy as Portuguese subjects and that the war was being waged by Soviet proxies trying to destabilize the balance of power in Africa.  I have a great-uncle who was on the Portuguese side in that war and when we have talked about it, he still insists that the Angolans loved the Portuguese presence and that the enemies they were fighting came from abroad.  If that was actually so, then whence cometh war?
Even a superpower like the USSR would have had marked difficulties discreetly waging a proxy war against the Portuguese in Angola if both the Portuguese colonists AND the Angolan natives didn’t want them there.  If the Angolans were really on the same side as the Portuguese then they would have done a better job of reporting these interlopers who would materialize in and out of the civilian population much like the Taliban materializes in and out of groups of our Afghan “friends” today.
However, saying that the war/cause is being waged by foreign belligerents is an expedient way to cast doubt on just how disaffected one’s own people are.
Which brings me to the G20 conference in Toronto during June 2010.  I have had conversations with cop friends of mine who were doing security at the summit about the morality of preventing Canadian citizens from  marching into the streets.  One of the worst justifications I have heard for violent suppression of these protests is that the so-called “Black Bloc” were all foreigners and professional agitators who riot for pay.
There is so much I take issue with in this defence, so let’s just break it down into three main questions:

1) Whether Canadian or foreign, if they are rioting for pay, who is paying them?  No one seems to ask this question although the trope of the “agitator-for-hire” is one I have heard from different police officers.  It seems to me that someone would only pay these people to violently demonstrate if they had something to gain from it.  So what is there to be gained from violence in the streets?  Justification for over-reaching legislation?  Larger budgets and greater powers for police forces?  Who might profit from these things? 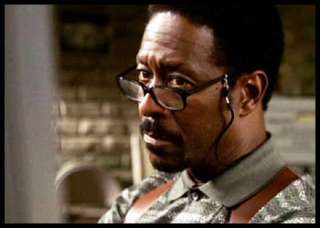 “You follow drugs, you get drug addicts and drug dealers.  But you start to follow the money and you dont know where the fuck it’s gonna take you.”
2) Even if they are foreigners, it IS a multi-national summit.  Its seems a bit presumptuous to invite the leaders of the nations over and then get mad when their constituents follow as well.  Multi-national protestors at multi-national summits are as natural as multi-national spectators at the Olympics.
3) Do we really think that all of the discontent that was expressed was the work of these agitators?  Is there actually no angry Canadians who wanted to be heard throughout these protests?
Obviously this last question is the most pertinent to the discussion at hand.  Its as if the mention of foreigners should convince the masses watching at home that all Canadians are happy with the way things are and that they should be too.
But to illustrate how preposterous this assurance is, let’s look at a current example: Bashar al-Assad is claiming that his people, who have been revolting for a year now, are not the problem.  instead it is again foreign interlopers trying to destabilize his government.  If we find his claims about Syrian contentment so ridiculous, why should any other government’s claims about its idyllic domestic situation be deemed any less so?
I apologize if I seem a bit disjointed, and in the case of the G20 stuff, a bit tangential.  Overall, what you should take away from this wall of text is that whether its a grassroots movement or an elected leader, an opponent will always try to chip away at their legitimacy.  If you can delegitimize an opponent you take away their ability to play ball on your court, so of course you’re gonna win.
Stay Thirsty,
-Andre Guantanamo